These two organizations merged to strengthen the representation of all Hispanic businesses and became known as the Hispanic Chamber of Commerce of Central Florida, effective February 1st, 1993, after recognizing their similar objectives.

2003 was also the year in which the HCCMO hired its first ever full-time president, Ramón A. Ojeda, to enhance the chamber’s leadership role for the Hispanic business community of Metro Orlando.

By the end of 2005, the HCCMO was proud to celebrate its milestone membership mark of 1,000 active members.

In 2006, the HCCMO’s signature event, the Hispanic Business & Consumer Expo, achieved exceptional results that would merit national recognition. The event attracted more than 25,000 attendees, 425 participating organizations and an estimated 600 exhibitions; making it the largest Hispanic Business and Consumer Expo in the nation.

In July of 2006, the HCCMO was awarded “Chamber of the Year” and “Event of the Year” for the 8th Annual Don Quijote Awards by the Florida Association of Chamber Professionals, an organization that represents over 180 chambers of commerce throughout the state of Florida.

In 2007 the Hispanic Chamber of Commerce of Metro Orlando became a Certified Chamber of Commerce by the Florida Association of Chamber Professionals. This program sets the standards of excellence for Chambers of Commerce in the state of Florida, and only a handful of chambers have been able to receive this certification.

This was also the year in which the HCCMO, along with other community representatives of Orlando, would travel to Panama on a mission trip led by Mayor Buddy Dyer in an effort to promote the Central Florida region as a top international location for corporate and technological innovation, as well as a leading travel destination. This collaborative involvement would later influence the establishment of a similar initiative within the organization.

In August 2008 the Hispanic Chamber of Commerce of Metro Orlando organized its first ever Business Mission Trip to Mexico. The chamber delegation met with officials from the Mexican government to better position the economic development of Central Florida’s Hispanic business community with that of Mexico’s business community. The Business Mission trips would continue to include other Latin American territories, such as Costa Rica, Colombia, and Puerto Rico.

In 2009, the HCCMO celebrated its inaugural Latin Food and Wine Festival. A multi-day event celebrating the Hispanic culture and soon develop as one of HCCMO’s signature events. The event provides a platform for businesses in the food and beverage industry, and local Hispanic artists an opportunity to showcase their product line and art to a large concentration of the Central Florida public. The Latin Food and Wine Festival continues to attract thousands of attendees, world renowned industry professionals, culinary celebrities, as well as business and community leaders, making the event, the premier culinary Latin event in the region.

In late 2009 the HCCMO was awarded federal appropriations funding for the first time in its history. This effort was spearheaded by Congressman Alan Grayson to reflect the tremendous growth within the Hispanic community. These funds would be utilized for the economic development and outreach efforts of the Hispanic Chamber of Commerce of Metro Orlando to further the success of the Hispanic business community in Central Florida.

In 2012, the HCCMO was recognize with “2012 Hispanic Chamber of the Year Award” in the large category, by the United States Hispanic Chamber of Commerce, for accomplishments achieved in business and economic development, quality of service, innovation of programs, leadership, and services provided to the Hispanic and business communities. The chamber received this national recognition again in 2016.

Over more than 20 years, the HCCMO has been fortunate to count with hundreds of volunteers that in one way or another have contributed to the well-being of the organization, the Hispanic community and our community at large. We thank all the board members, ambassadors and committee leaders that have contributed toward a better community.

Looking forward, the HCCMO is poised to meet the challenges of the 21st Century through the celebration of diversity and advocacy, which will unite the Hispanic community around its common goals and values. We will continue to be your leading voice!

To be the leading voice of Hispanic business impacting the economic, civic and social landscape

HCCMO Family – We reflect one united family through our members and stakeholders with Latino and Latina Owned Businesses at the core.

Return on Investment (ROI) – We are a membership driven organization that fosters economic growth by creating value propositions to our members and trustees.

Measurement Mindset – We strive to track and provide contrast between where we have been and where we go with authenticity and transparency.

Boldly Innovate – We seek to boldly innovate by leveraging technology as a way to increase our value and deliverables of measurable impact for our members and stakeholders.

Empower business leaders through programs, events, resources and activities aimed at improving the economic development of Hispanics in the region.

Serve as the gateway for large organizations/national corporations to connect with the Hispanic business community.

Recognize the achievement of Hispanic individuals and companies that have a positive influence in our community.

Strengthen the relationship with Hispanic companies, organizations, professionals, corporations and the numerous entities in Central Florida.

HCCMO is committed to the success of each member by providing unique connections, a buy and sell environment, and marketing & promotion opportunities to help increase exposure and profits. The goal: Giving members equal opportunities in the marketplace by helping facilitate several levels of commerce: member to member; member to trustee (corporations and government entities); trustee to trustee; member to consumer/community; and supplier diversity. 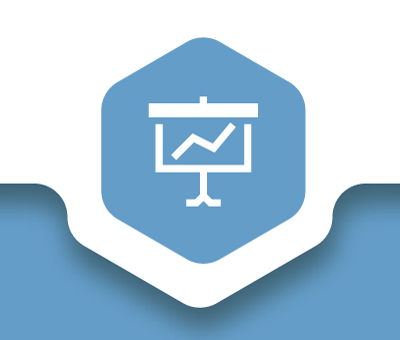 HCCMO promotes advancement opportunities for diverse business owners and professionals. These opportunities include business advocacy, Hispanic leaders’ involvement on other boards and committees, building relationships with elected officials, supporting other non-profits, community events, and activities. Always open and inclusive, HCCMO is directly responsible for the growth of many Central Florida businesses by leveraging the growth and economic impact of the Hispanic community.

In 2007, the Hispanic Chamber earned its “certified” status by the FACP, becoming a member of the selected group of chambers of commerce delivering programs and services that sets standards of excellence for Chambers of Commerce in Florida.